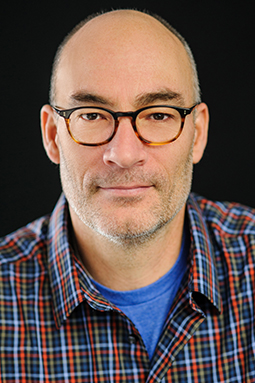 Mark Cornell has had more than 85 of his plays produced in theatres around the world. Most recently, his AACT NewPlayFest award-winning play On Pine Knoll Street premiered at The Sauk in Michigan. His play The Other Half won the 2019 Charles M. Getchell New Play Contest and will premiere in the spring of 2022. In the fall of 2019, his play Carolyn Adams premiered at The ArtsCenter in Carrboro, N.C. Other plays include: Sprucehaven B (Rising Sun Performance Company at FRIGID Festival), At Birth (Hormel New Works Festival at Phoenix Theatre) and Two Turtle Doves (Common Ground Theatre in Durham, N.C.). His short plays have won numerous awards, including the L.W. Thomas Award for Bad Thing at Theatre Oxford, best playwright at the Pittsburgh New Works Festival and the Short+Sweet Award in Brisbane, Australia, for The Rental Company. He recently finished shooting his first feature film, The Invite, which he wrote and directed. He is an ensemble member with Moonlight Stage Company, playwriting partner with Paul Newell at Full Nelson Theater, and co-creator of Marked Men Films with Mark Jantzen. Cornell has an M.F.A. in playwriting from UCLA and lives in Chapel Hill, N.C.