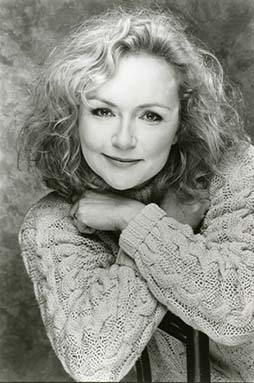 Marion Adler is an actress, a singer and an award-winning lyricist whose work has been seen across Canada, the United States and Europe. Adler starred as The Blonde in the off-Broadway premiere of her own musical Gunmetal Blues (written with her husband, Scott Wentworth, and composer, Craig Bohmler), and in subsequent productions in the United States and Canada. Gunmetal Blues is published by Samuel French and, since 1992, has had hundreds of productions. In 1996, Adler's second musical Enter the Guardsman (again written with her husband and composer Craig Bohmler) was the winner of a first-ever international award for Musical of the Year in Denmark and was produced in England in 1997 at London's Donmar Warehouse where it received two Olivier Award nominations including Best New Musical. In 2001-2002 Enter the Guardsman was the most produced new musical in American regional theater including a full season at the Oregon Shakespeare Festival. In 2000, Adler was a winner of one of the richest prizes available to an artist in the United States, the $100,000 Kleban award, for her body of work as a lyricist.

How to Make a Musical