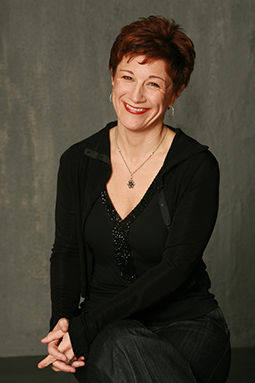 Lisa Kron has been writing and performing theater since coming to New York from Michigan in 1984. Her play Well opened to critical acclaim on Broadway at the Longacre Theater in March of 2006 and received two Tony nominations. It previously premiered at the Public Theater in spring 2004 and was listed among the year's best plays by the New York Times, the Associated Press, the Newark Star Ledger, Backstage and the Advocate, followed by an acclaimed run at A.C.T. in San Francisco. Her play 2.5 Minute Ride premiered at La Jolla Playhouse in 1996 and then in New York at the Public Theater in 1999 and has toured extensively to theaters including the American Repertory Theatre, Hartford Stage, the London Barbican and Theater Company Rinkogun in Japan. It received an OBIE Award, Drama Desk and Outer Critics Circle nominations, L.A. Drama-Logue and GLAAD Media Awards and was named the best autobiographical show of 1999 by New York Press. Kron's other plays include 101 Humiliating Stories (Drama Desk nomination) and Martha, which she co-wrote with and for choreographer/performer Richard Move. Kron is also a founding member of the OBIE and Bessie Award-winning theater company the Five Lesbian Brothers, whose plays Oedipus at Palm Springs, Brave Smiles, Brides of the Moon and The Secretaries have all been produced by New York Theater Workshop and have been performed widely both nationally and internationally by the Brothers and by other companies. Kron is the recipient of the Cal Arts/Alpert Award, grants from the Creative Capital Foundation and New York Foundation for the Arts and playwriting fellowships from NEA/TCG, the Guggenheim Foundation and the Lucille Lortel Foundation. She teaches playwriting at the Yale Drama School.