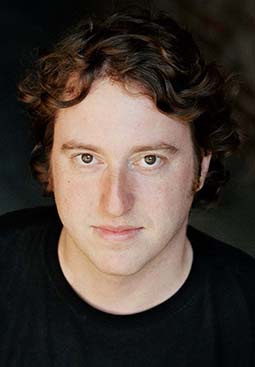 Jeremy Kruse is a writer, actor, producer and director. He has written, produced, directed, edited and acted in more than 20 short films. He has been involved in numerous plays, sketch comedy shows, independent films, commercials and television spots in New York, Los Angeles and Chicago. His short film, Anti-narrative Number 4, has been screened at multiple film festivals and won the "Director's Choice" award at the San Francisco International Festival of Short Films. Hot Beans and Chuck ... A Comedic Cabaret Experience, a show that he co-wrote and co-developed, ran at Davenport's Piano Bar and Cabaret and received auspicious reviews from the Chicago Reader. There was a successful workshop production of his play, Low Hanging Fruit, at Second City's Skybox Theater in Chicago in April and May of 2004. Low Hanging Fruit was selected for a reading at the Abingdon Theatre Company in New York City in 2006 and the Boarshead Theatre in Michigan in 2007. Lockers, the play he wrote for young people in middle school and early high school, is published by Dramatic Publishing and has been produced in the United States and abroad. His one-act play, Futile Efforts, was part of the Ensemble Studio Theatre's (New York) 1997 Winter Festival. In 1992, his one-act play, Sideline, received second place in the Illinois Young People's Playwriting competition and was selected for a reading at the Illinois Theater Fest. Kruse has also performed stand-up at numerous venues in Chicago, L.A. and New York, including Zanies, The Improv and The New York Comedy Club. He graduated from the Lee Strasberg Theater Institute at New York University's Tisch School of the Arts where he majored in drama. He studied playwriting at the Ensemble Studio Theater in New York. Kruse is also a graduate of Second City's conservatory improvisation program and comedy writing program. He is a member of Screen Actors Guild and Actors' Equity Association and currently teaches at The Lee Strasberg Theatre and Film Institute.