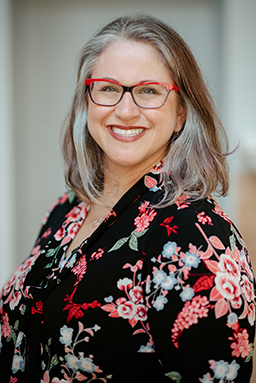 Jenn Hartmann Luck is a composer, vocalist, educator, arts administrator and mother based in Austin, Texas. Most recently she has co-written two new musicals with acclaimed playwright Suzan Zeder. Gretel! The Musical had its world premiere at the Paramount Theatre in 2019, was featured at New Visions, New Voices at The Kennedy Center, had its regional premiere at First Stage Milwaukee in 2020 and is published by Dramatic Publishing Company. Their project The Battlefields of Clara Barton is in development with the University of Texas at Austin and the American Music Theatre Project at Northwestern University. She has self-produced two original albums, I Admit and Silly Urban Girl, and her one-woman show, Not a Chorus Girl. In 2014, she was invited to sing the national anthem for President Obama. Luck has been working in arts education and theatre for young audiences across the country for more than 20 years and is in her ninth season as the director of partnerships and programming for education at the Paramount Theatre in Austin. She’s also worked with the Herberger Theater Center, Biz Kid$, the Children’s Museum of Manhattan and P.L.A.Y. at Center Theatre Group in Los Angeles. She holds a bachelor’s degree in theatre from Arizona State University and a master’s degree in drama and theatre for youth and communities from the University of Texas at Austin, is an AATE Don and Elizabeth Doyle Fellow, is on the board of directors for the International Association of Performing Arts for Youth (IPAY) and is on the theatre and dance faculty at the University of Texas at Austin.