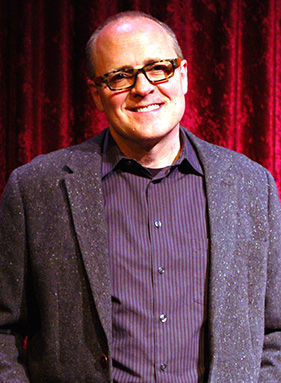 Jeff Church joined The Coterie as producing artistic director in 1990, which, during his tenure, was named in the top five children's theatres in the U.S. by Time magazine. As a youth, he started a children's theatre in his hometown of La Junta, Colo., at age 15 and operated it for 15 summers while getting his bachelor's in fine arts at Colorado College. In the '80s, he taught at Duke Ellington School and served as playwright-in-residence at The Kennedy Center Youth and Family Programs (where Dick Whittington and His Cat premiered). He has maintained his connection with the Kennedy Center, transferring three productions to its stages. Over the years, Coterie highlights have included producing The Coterie's Great Books/Banned Books season, which included a U.S. premiere of The Lord of the Flies. Work with playwright Laurie Brooks led to The Wrestling Season, a respected young adult play first published in American Theatre magazine. As a director, Church has worked alongside Stephen Schwartz, David Lindsay-Abaire, Harry Connick, Mary Rodgers and others, developing new versions of musicals for youth and family audiences. He created The Coterie's Lab for New Family Musicals, where the version of Seussical he developed with the Broadway composers is now the most performed musical in educational theatre in the U.S. Recently, Church's production of a Henry Krieger/Bill Russell/Jeffrey Hatcher musical, Lucky Duck, transferred off-Broadway to the New Victory Theatre. He has served as vice president of TYA/USA, the national service organization for TYA theatres. He also served as an officer on the board of directors of Theatre Communications Group with Ben Cameron and was a TCG delegate to the world congress of the International Theatre Institute in Athens in 2002. He has been a site reporter and a panelist numerous times for the National Endowment for the Arts and was inducted into The College of Fellows of the American Theatre. For the past 10 years, he has taught graduate-level text analysis for the University of Missouri, Kansas City.

Dick Whittington and His Cat