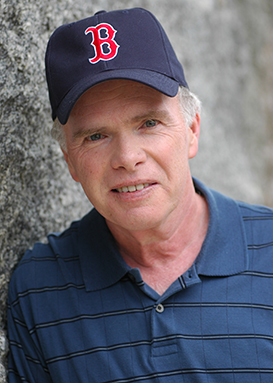 Jack Neary's plays have been produced all over the United States, in Canada and in Europe. His most recent play, Trick or Treat, written for and featuring Emmy-winner Gordon Clapp, debuted at Northern Stage in Vermont and was produced off-Broadway in 2019 at 59E59 Theaters. Auld Lang Syne, produced by the Peterborough Players and also starring Clapp, was the winner of five New Hampshire Theatre Awards, including Best Professional Production. It has since been produced by New Century Theatre at Smith College and Gloucester Stage. Other recent plays are The Porch, produced by the Lyric Stage Company of Boston, CityStage in Springfield, the Stoneham Theatre in Stoneham, Mass., and the Majestic Theater in West Springfield, Mass., and Kong's Night Out, presented at the Lyric Stage Company of Boston, New Century Theatre at Smith College and the Meadow Brook Theatre in Rochester, Mich., featuring TV's Cindy Williams. His romantic comedy First Night debuted professionally at the Merrimack Repertory Theatre, subsequently enjoyed a long run at the Theatre Lobby in Boston and was produced off-Broadway at the Westside Theatre. To Forgive, Divine, which also debuted professionally at the MRT, was purchased for film by Walt Disney Pictures after a run at The Colony Theatre Company in Burbank, Calif. Jerry Finnegan's Sister has played in various United States theatres and has successfully launched five theatre companies. In 2006-07, Jerry Finnegan's Sister was produced in Paris under the title La Souer de Jerry King, featuring Arthur Jugnot and Cecilia Cara, who subsequently toured France with the play. Neary’s adaptation of Frankenstein debuted at the Summer Theatre at Mount Holyoke College and was produced at Radford University in Virginia, and his adaptation of The Fall of the House of Usher was staged at Mount Holyoke and Radford University and is published by Samuel French, Inc. Another recently published play, Five Nickels (now Senior Circuit, Dramatic Publishing Company), was produced professionally at St. Vincent College, and his adaptation of The Turn of the Screw was introduced by the Stratton Players, produced professionally at New Century Theatre and is published by Playscripts, Inc. He has written a number of produced plays for young audiences, including the series The Misdirected Theatre Presents, which features adaptations of Robin Hood, The Ugly Duckling, Snow White and the Seven Dwarfs and Rumplestiltskin. His published works for young audiences are Aladdin and the Wonderful Lamp and The Little Match Girl, both Samuel French publications. His short story The Boss was named Best Short Story of 2006 by the Catholic Press Association. He is cofounder of New Century Theatre at Smith College and the Greater Lowell Music Theatre in Lowell, Mass. He is resident playwright at Acting Out Productions in Newburyport, Mass., where his original plays for children have been produced since 2010. He is a member of the Dramatists Guild, Actors Equity and SAG/AFTRA.