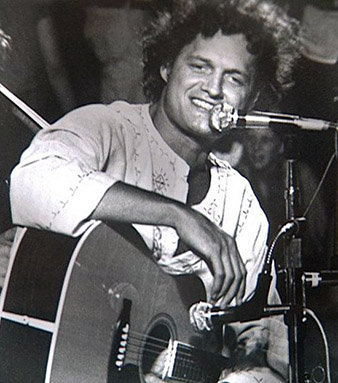 Harry Chapin was born on December 7, 1942, and grew up in New York near the Hudson River Piers and then Brooklyn Heights. In 1957, influenced by The Weavers at Carnegie Hall album, he started to learn guitar and banjo, and in 1958 he and his brothers, Tom and Steve, started a band, playing in the neighborhood. In the mid-1960s he entered the film industry and received an Oscar nomination for his documentary Legendary Champions. In the late 1960s, he started writing narrative songs, and in 1971 he started his own band with cellist Tim Scott, lead guitarist Ron Palmer and Big John Wallace, a friend from Brooklyn Heights, who would remain in his band for the rest of Chapin's life.

Chapin's first album was Heads & Tales and included what was to become his signature song, the now classic "Taxi," which became the most requested song in America for 10 weeks in a row and earned Chapin a Grammy nomination as best new artist. His next hit was "W*O*L*D," and then in 1974 his wife Sandy wrote the words for his breakthrough hit "Cat's in the Cradle" which reached number one on the charts and helped him earn another Grammy nomination as best male vocal performer and a gold record for the album Verities and Balderdash. Altogether, Harry Chapin produced 11 albums including Sniper and Other Love Songs, Short Stories and Sequel. He also won an Emmy Award for his contribution to ABC television's children's series Make a Wish and his Broadway show The Night That Made America Famous earned two Tony nominations.

Harry Chapin is remembered by a generation of music fans as one of America's greatest musical storytellers and troubadours, but as Ralph Nader said, "To talk about Harry Chapin only as a singer-composer is like viewing Theodore Roosevelt as a state assemblyman or Babe Ruth as a pitcher. More than any other entertainer in his generation, Harry was a citizen-artist."

Chapin performed more than 250 concerts every year and donated the proceeds for half of them to charity. After his concerts, he would go into the lobby and sign autographs and sell records, T-shirts and songbooks, and every penny he took in would go to charity, especially the battle to end world hunger. He spent four months nearly single-handedly successfully lobbying both Congress and President Carter to form a Presidential Commission on Domestic and International Hunger and Malnutrition, actively serving as a member of the commission.

In 1975 he cofounded, what was to become his pet project, World Hunger Year, a charity designed to raise money to fight international famine. On Thanksgiving Day 1975, he took over New York's WNEW-FM for a 24-hour, commercial-free special devoted to the hunger issue. There were musicians who sold more records than Chapin, but no one gave more money, time and energy. Robert Redford said, "The kind of commitment Harry made is rare. In all my experience in this business, I can honestly say that Harry was the most stand-up guy I ever met."

On July 16, 1981, Harry Chapin died in a car accident while driving to a benefit concert on Long Island. Nine senators and 30 congressmen rose up from the floor of Congress to pay tribute to Chapin. No other singer (not Bing Crosby, or Elvis Presley, or John Lennon) has ever been so widely honored by the nation's legislators. Senator Patrick Leahy of Vermont said, "I think I've shed more tears in the last few days than any other time in my adult life." Senator Robert Dole called Chapin "a liberal, and a liberal in the best sense of the word … What he really was committed to was decency and dignity."

In 1987, Harry Chapin was posthumously awarded the Congressional Medal of Freedom, and on December 7, 1987, Harry's 45th birthday, a tribute concert was held in Carnegie Hall to celebrate his life and his music. Bruce Springsteen exhorted the audience to follow Chapin's activist exa