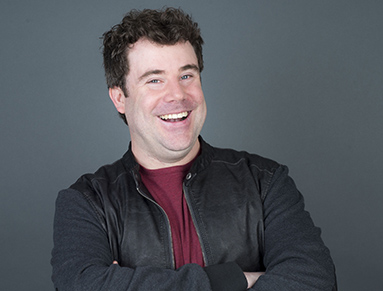 George Reinblatt is a comedy writer whose credits are so varied that he literally needs a bio to list them all. Luckily for you, this is that bio. Reinblatt has been a staff writer on multiple Comedy Central Roasts including the "Roast of Justin Bieber" and the "Roast of James Franco." He has written comedy for the likes of Steve Martin, Tina Fey, John Cleese, Craig Ferguson, William Shatner, Seth Rogen, Kevin Hart, Sarah Silverman, Snoop Dogg, Kelly Ripa and many more. He was co-producer of the Comedy Central special Jeff Ross Roasts Criminals: Live at Brazos County Jail. He's been a writer for Comedy Central's The Burn with Jeff Ross and NBC's New Year's Eve with Carson Daly. On top of that, he was a contributing writer for both The Arsenio Hall Show and Howard Stern's Birthday Bash. And if that wasn't enough, up in Canada, Reinblatt has written on multiple hit TV shows including: The Much Music Video Awards, Rick Mercer's Monday Report, Canada's Walk of Fame, Match Game, Mr. D, Just for Laughs and George Stroumboulopoulos Tonight. Evil Dead The Musical is Reinblatt's first stage production.