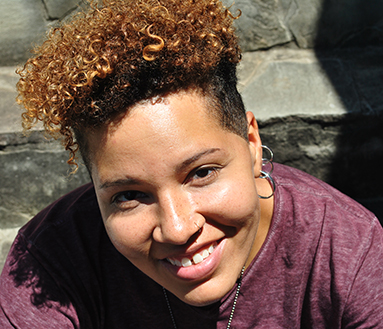 Genesis Be is a critically acclaimed visual artist, songwriter and activist from Biloxi, Miss. Her catalog boasts seven original albums, and her work has been featured in Billboard Magazine, Yahoo! Music, Los Angeles Times, VICE Magazine and more. She is also a Hurricane Katrina survivor who relocated to New York City after helping with rebuilding efforts after the storm. A graduate from New York University’s Clive Davis Institute of Recorded Music, Be incorporates themes of social justice and abstract minimalism in both her visual art pieces and her music. In 2017, she was the subject of a Moral Courage Project documentary Confederate Pride, White Supremacy, and My State Flag and continues to facilitate civil discourse to improve race relations in her home state of Mississippi. Her upcoming album and art exhibit, People Not Things, debuts March 2019 in Los Angeles. Her unique perspective explores and challenges our concepts of humanity, exploitation, race dynamics, gender identity and sensuality using multimedia. Her work is often self-critical and satirical at times. She currently resides in Atlanta.