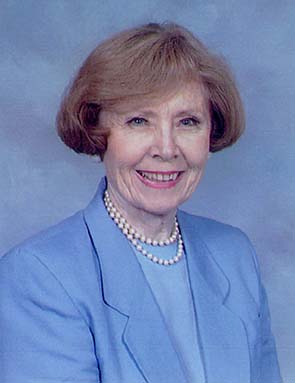 Evelyn Swensson,composer/lyricist/playwright, has conducted over 80 productions-30 for OperaDelaware at Wilmington's Grand Opera House. As Director of OD's Family Theater, she has commissioned and conducted many new works including The Boy Who Grew Too Fast by Gian Carlo Menotti, A Wrinkle in Time by Libby Larsen,and The Phantom Tollbooth by Harnick/Black/Juster.

Her career as a composer began in 1993 with The Enormous Egg (Butterworth) for which she wrote the play, lyrics and music, followed by three with Joseph Robinette: The Adventures of Beatrix Potter in 1994,The Jungle Book in 1995,and Anne of Green Gables in1996. In 1997 came The Wind in the Willows (music by John Rutter,play by Swensson), in 1998, The Homecoming (play by Sergel),in 1999 Redwall Jacques),in 2000, All Through the Night (Mary Higgins Clark), 2001, Trumpet of the Swan (play by Robinette),and in 2002: From the Mixed-Up Files of Mrs. Basil E. Frankweiler (Konigsburg).

Evelyn is a graduate of Hollins U in VA, and WestChester U in PA which named her a distinguished alumna in'93. Her musicals, published by Dramatic Publishing, have been performed in 30 states in the US and in Canada and New Zealand.

Redwall: The Legend of Redwall Abbey