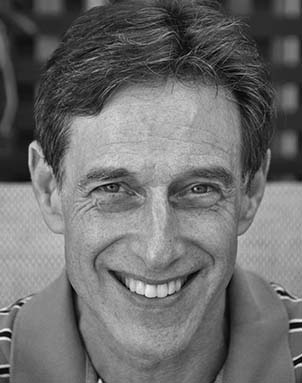 In addition to TEA FOR THREE: Lady Bird, Pat & Betty, which he co-wrote with Elaine Bromka, who performed it off-Broadway and has toured the country with it since 2004, Eric H. Weinberger's plays include Class Mothers '68 , which starred Priscilla Lopez at Luna Stage in New Jersey and off-Broadway (Star-Ledger Award for Best New Comedy); Six Hands at Yale University and Luna Stage; The Nightwatchman at Luna Stage and with On The Rock Productions in Key West, Fla.; and three shows for children at Andy's Summer Playhouse in Peterborough, N.H. Musicals include Wanda's World, performed off-Broadway (Drama Desk Award nomination for Outstanding Book of a Musical, Lucille Lortel Award nomination for Outstanding Musical) and published by Theatrical Rights Worldwide (www.wandasworldmusical.com); … And Then I Wrote a Song About It at Luna Stage and the Diversionary Theatre in San Diego (www.andtheniwroteasongaboutit.com); Brothers, Boyfriends & Other Criminals at Zach Theatre in Austin, Texas; a workshop production of Giant Steps, an "urbean" version of Jack and the Beanstalk, at the University of Texas at Austin; and A Dog Story at The Waterfront Playhouse, Key West, Fla. Weinberger has been producing an annual benefit for the A-T Children's Project for 20 years. Prior to writing plays, he worked in television for NBC and The Phil Donahue Show. He lives in New York City and Key West, Fla.