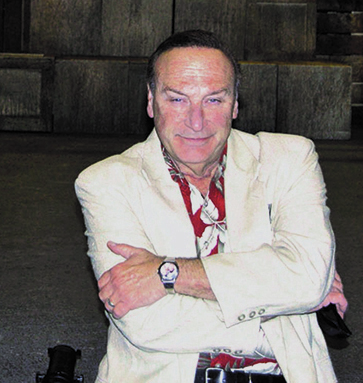 Edward F. EmanuEl, Ph.D., University of Minnesota, 1983, is professor of Theatre Arts at California State University, Fresno. He is the author of 36 plays and films including Guys Like Me and Bogey, winner of the Edinburgh International Festival of the Arts Fringe First Place Award; Conquest of My Brother, also an Edinburgh Fringe First Place Award-winner and nominated for an Emmy as a docudrama; Liberty Dance of Henry Sparrow, John F. Kennedy Center for the Performing Arts National Festival winner and recipient of the Laureate Production Award by the American College Theatre Festival; 3 Ninjas, a film distributed by Touchstone Pictures (Disney); and Sun Yat Sen In the Mouth of the Dragon, nominated by the World Journal newspaper for a Pulitzer Prize in drama and winner of the Mark David Cohen National Playwriting Award. Dr. EmanuEl has also received the John F. Kennedy Gold Medal for Theatre Excellence, presented by the American College Theatre Festival and received the California State University, Fresno, Distinguished Professor Award.

Sun Yat Sen: In the Mouth of the Dragon

Sun Yat Sen: In the Mouth of the Dragon

Lead Rings on the Merry-Go-Round