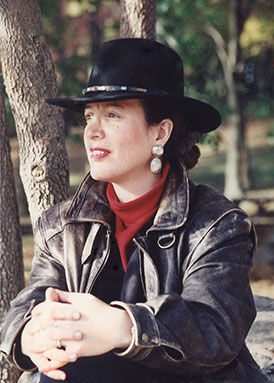 Composer E.A. Alexander has created numerous works for music theater. The list includes Another Kind of HeroÑabout Raoul Wallenberg, which played at Phildelphia's Walnut Street Theatre and the Leah Posluns Theatre in Toronto; and Anne Frank: A Voice Heard, which toured nationally and was commissioned by American Theatre Arts for Youth. Alexander's musicals for young audiences include Mumbo Jumbo, which premiered at Pulse Ensemble Theatre in New York; Whalesong, for the New Jersey State Aquarium; Stakin' My Claim, presented by Oklahoma Shakespeare in the Park; and many other productions including The Elves and the Shoemaker, The Valentine, The Snow Queen and Alef Bet Bop. As composer-in-residence at Hedgerow Theatre, Media, Pa., she composed the music for The Scarlet Pimpernel, which played to sold-out audiences. In addition to awards for her songwriting, Alexander has received fellowships from the PA Council on the Arts and a "Best of Philadelphia" from Philadelphia magazine. She has been a participant of the BMI and ASCAP musical theater workshops and currently resides in Philadelphia with her husband, artist Burnell Yow!, and their six cats including NoraÑthe world-famous piano-playing cat featured on YouTube.

I Never Saw Another Butterfly