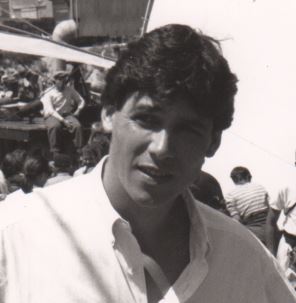 John Andrew "Duke" Fenady, a Los Angeles native, studied theatre at and received a Bachelor of Arts in English literature from UCLA. Soon after graduating, Fenady teamed up with his father, writer/producer Andrew J. Fenady, and began producing movies for television, some of which include A Masterpiece of Murder, starring Bob Hope and Don Ameche; Jake Spanner, Private Eye, starring Robert Mitchum and Ernest Borgnine; The Love She Sought, starring Angela Lansbury and Denholm Elliott; and The Sea Wolf, starring Charles Bronson and Christopher Reeve. Fenady then penned an adaption of Mark Twain's The Prince and the Pauper for the Hallmark Channel, starring Aidan Quinn, Alan Bates and the Timmins twins (Jonathan and Robert). He followed with a feature screenplay, Honor Bound, which was acquired by MGM Studios. Shortly thereafter, Fenady was tapped by 20th Century Fox to write and collaborate with Steven Schwartz on a feature-length adaptation of Schwartz's Tony Award-winning play, Pippin. Duke and A.J. Fenady have collaborated on a radio play based on Jack London's The Sea Wolf. On the heels of The Sea Wolf, the two teamed up again, writing the radio plays The Big Guns: or Whose Little Lily Is She? and The Happy Prince: A Radio Play. Fenady is a member of the Writers Guild of America and the Academy of Television Arts & Sciences.

THE BIG GUNS: or Whose Little Lily Is She?

The Happy Prince: A Radio Play