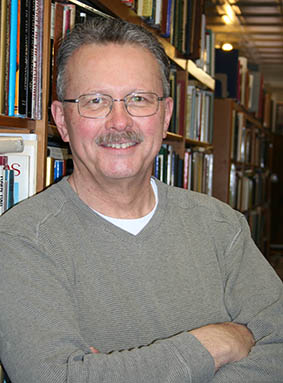 David Meyers lives in Columbus, Ohio, “a town in which almost anything is likely to happen, and in which almost everything has,” to quote native son James Thurber. The Last Oz Story resulted from a promise to his daughter to write her into an Oz story. The challenge was to convince his friend, Scott Michal, to collaborate with him on the project, as Scott was one of the few people on earth who didn’t like the movie, The Wizard of Oz. However, when Scott came to appreciate that they would be creating a modern-day sequel to L. Frank Baum’s novel and not the MGM film, he quickly put aside his reservations. But what really won him over was a brand new character—Peloros, the witchiest witch of them all. Meyers’ first musical, The Last Christmas Carol (Dramatic Publishing), was also a collaboration with Scott. The idea for The Last Christmas Carol popped into his head while watching his 13-year-old daughter, Elise, and her friends valiantly rehearsing a rather lackluster version of A Christmas Carol. Thinking he could give the old Dickens tale a more interesting twist, he wrote the book and lyrics over the next couple of months and then enlisted Scott to compose the music. The result was a cross between Kiss Me Kate and The Bad News Bears. In addition to several other plays, Meyers has written a number of books on local history and an occasional novel. But in his opinion, nothing beats seeing your creation brought to life on the stage!