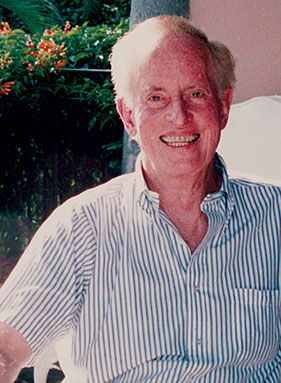 Christopher Sergel's interests and talents led him on many adventures throughout the world. As captain of the schooner Chance, he spent two years in the South Pacific; as a writer for Sports Afield magazine, he lived in the African bush for a year; as a lieutenant commander during WWII, he taught celestial navigation; as a playwright, his adaptation of Sherwood Anderson's Winesburg, Ohio was seen on Broadway. But throughout his life, his greatest adventure and deepest love was his work with Dramatic Publishing. During this time, he wrote adaptations of To Kill a Mockingbird, Cheaper By the Dozen, The Mouse That Roared, Up the Down Staircase, Fame, Black Elk Speaks and many more. His love of theatre and his caring for writers made him a generous and spirited mentor to many playwrights here and around the world. His inspiration and integrity attracted to the company fine writers including C.P. Taylor, Timberlake Wertenbaker, Arthur Miller, Roald Dahl and E.B. White - to name just a few. He once said he hoped to be remembered as E.B. White described Charlotte... "a true friend and a good writer."

The Kid Nobody Could Handle

To Kill a Mockingbird

To Kill a Mockingbird