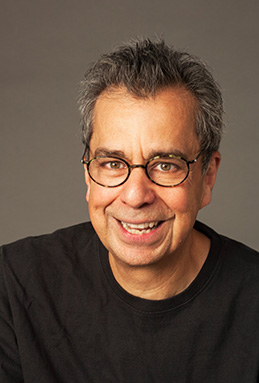 Chris Grabenstein and Ronny Venable co-wrote the 1986 CBS TV movie The Christmas Gift starring John Denver. They have been friends since they first started acting in plays together at the University of Tennessee in Knoxville. Grabenstein is now a #1 New York Times bestselling author. His books for children include Escape From Mr. Lemoncello’s Library, which was in the top 10 of the middle-grades bestseller list for 111 weeks. The book has been nominated for 44 different children’s choice state book awards and has won 22. It was also turned into a movie on Nickelodeon. He also wrote the best sellers Mr. Lemoncello’s Library Olympics, Mr. Lemoncello's Great Library Race and The Island of Dr. Libris, as well as the award-winning Welcome to Wonderland, Haunted Mystery and Riley Mack series. He is the co-author of several fun and funny page-turners with James Patterson such as I Funny, Treasure Hunters, House of Robots, Jacky Ha-Ha and Word of Mouse. He also wrote the play Curiosity Cat. A former improvisational comedian (he was in the same New York City troupe as Bruce Willis), he performed onstage with the late Robin Williams. In the 1980s, he wrote scripts for Jim Henson and The Muppets. Grabenstein lives in New York City with his wife, J.J. They are working on a book together for Random House tentatively titled Seven Steps to Success.

The Island of Dr. Libris