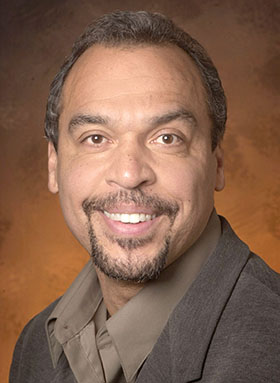 Charles Smith is playwright in residence at the Tony award-winning Victory Gardens Theater in Chicago. His plays include Pudd'nhead Wilson, Takunda, City of Gold, Freefall, Knock Me a Kiss, Les Trois Dumas, The Sutherland, Sister Carrie, Black Star Line, Jelly Belly, Young Richard and Cane, and have been produced off-Broadway and around the country by theaters such as Victory Gardens, The Acting Company, Indiana Repertory Theatre, People's Light & Theatre Company, The Goodman Theatre, Penumbra, St. Louis Black Rep, New Federal Theatre, Seattle Repertory Theatre and Berkeley Repertory Theater. He is an alumnus of New Dramatists and has taught playwriting at Northwestern University. He is currently (2003) head of the Professional Playwriting Program at Ohio University in Athens, Ohio, where he lives with his wife, Lisa, and daughter, Elyssa.