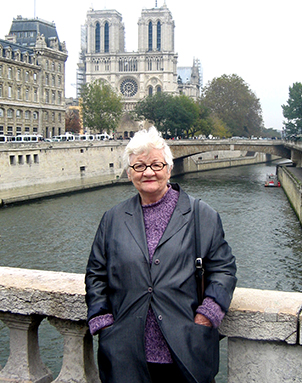 At 86, Anne Mcgravie is having a busy year. Her most celebrated play, WRENS, happily reunites McGravie with Tara Mallen and Rivendell Theatre, first producer of WRENS, sharer in the Jeff awards, and now remounting it in Rivendell's beautiful new theatre. WRENS received a Jeff award, Illinois Arts Council Fellowship, Ragdale, and it was also recently well received at the Edinburgh Fringe Festival. At the same time, McGravie's new play, The Clown Next Door, is being produced by Susan Padveen's Neapolitans Theatre Company. In October, her short play A Stone-cold Case will be part of the opening celebrations for Loyola University Chicago department of fine and performing arts' Newhart Family Theatre, with Sarah Gabel as artistic director. In addition, McGravie's "Inishfree" was one of the short stories that introduced Brigham Young University's production of Arabian Nights and her haiku triptych was a donation to Theater Wit's recent auction. Last, but by no means least, her first novel, Dancing on Ashes, is being produced by Kathleen Thompson's e-publishing company, Around the Block Press.

The Radiance of a Thousand Suns: The Hiroshima Project

Conspiracy of Silence: The Magdalene Laundries