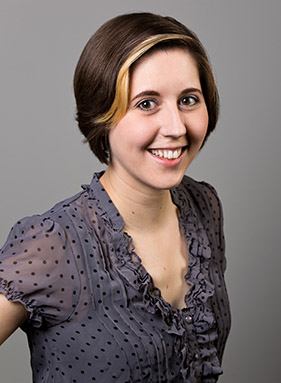 Anne Negri is a graduate of Arizona State University's MFA program in Theatre for Youth. Negri earned her bachelor's degree in theatre, French and K-12 education from Ripon College in Ripon, Wisc. With Two Wings is Negri's first full-length play for young audiences. It received the 2010 Kennedy Center American College Theater Festival Theatre for Young Audiences Award, and it was also developed as a finalist in the 2011 Bonderman Playwriting for Youth National Symposium and with Northwestern University's Purple Crayon Players as part of their annual PLAYground Festival in 2011. With Two Wings received its world premiere at Childsplay in Tempe, Ariz., and a second production at The Growing Stage in Netcong, N.J. Other plays for young audiences by Negri include The Dancing Dog and Girls Who Wear Glasses. She currently resides in Evanston, Ill., working as a K-8 drama specialist in the Evanston public schools.