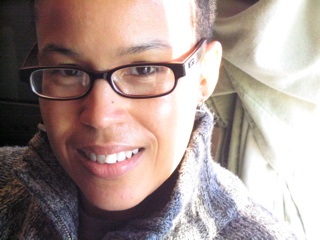 Angela Counts is an artist who uses video, text, sound, found footage and performance to deconstruct narratives and to explore the intersections of fiction and nonfiction as a means of constructing identity. In 2008, she made a visit to Italy for a reunion with her father, whom she hadn't seen in 17 years. Counts brought along a camera and an artist sketchbook and began a journey into a multimedia method of expressing the complications of identity, family history and language. She enrolled in the post-baccalaureate certificate program at the School of the Museum of the Fine Arts (SMFA) in Boston in the fall of 2010 to continue this exploration. The following year, Counts enrolled in the MFA studio arts program, where she found her way back to her New York Theatre Workshop-commissioned full-length play Flower Child. She decided to film the play as a means of tracing her evolution as an artist and to transform the themes of the play and its nonlinear structure into a visual story with multiple streams of narratives that she thought would be well suited to a hybrid storytelling form. Counts received a bachelor's degree in communications and an MFA in playwriting from the University of Southern California. She received the Kennedy Center's Lorraine Hansberry Playwriting Award for her MFA thesis play Hedy Understands Anxiety, published by Dramatic Publishing. She lives in Boston and is in the last year of the joint SMFA/Northeastern University MFA program.