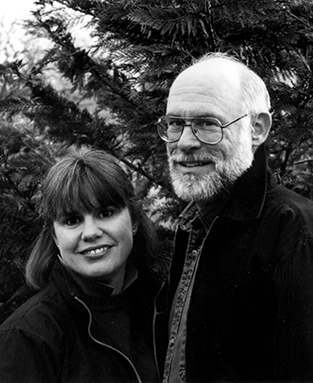 Mary and Andrew Arnault met in the MFA Acting Program at New York University and later founded the Odyssey Theater Company in New York City, for whom they produced their own adaptations of literary classics. These included such works as Homer's The Odyssey, Poe's The Fall of the House of Usher, Thorney Tales: Four Stories by Nathaniel Hawthorne, John Gardner's Grendel, Dostoevsky's The Gambler, Oscar Wilde's The Picture of Dorian Gray and H.G. Wells' The Island of Dr. Moreau. The Arnaults now live on Cape Cod, Massachusetts, with their three children, where they are active with local theatre groups as well as writing plays. The Legend of Sleepy Hollow was awarded the 2001 Aurand Harris Award by the New England Theatre Conference.

The Legend of Sleepy Hollow