This is an action-filled adaptation of Homer's classic, entertaining to children and adults alike. It is suitable for a versatile ensemble cast implementing masks, songs, mime and percussive instruments for theatrical effect. As the goddess Athena introduces the story of Odysseus' epic journey home from the Trojan War, we see his beautiful wife, Penelope, fending off impatient, would-be suitors. Athena, disguised as an old man, brings news of Odysseus' journey as the play's action segues to his adventure. Captain Odysseus, brave and determined as his sailors are cowardly, cleverly defeats the man-eating, one-eyed Cyclops, then rescues his men from the sorceress Circe's spell. Next, he braves the River Styx and resists the hypnotizing song of the twin Sirens, fainting from exhaustion. While Odysseus sleeps, his famished men embark upon a nearby shore to kill a cow for food. It is one of Apollo's golden cows, and, thus offended, the god implores Zeus to punish the men. Odysseus and his sailors are swept into a storm-tossed sea. Meanwhile, Penelope's suitors accept a challenge: he who strings Odysseus' bow and shoots an arrow through the twelve axes wins Penelope's hand. Only one man succeeds, none other than Odysseus himself, returned from his adventure and disguised. Odysseus and his son, Telemachus, are attacked by the suitors, whom they quickly defeat. Athena declares the end to all violence and the end of this Odyssey.
Read an Excerpt
Related Titles 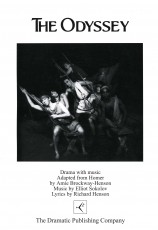 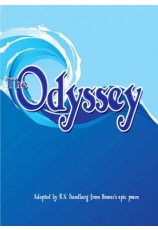 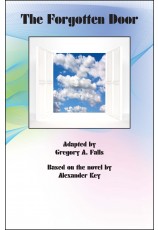