Saranac Lake, New York, 1913. For the "lungers" at Rock Shore Cottage Sanatorium for the Tubercular, each day is a predictable blend of pulmonary calisthenics, gossip, and feverish inertia. Walled in by illness and far from home, their world is the intersection of the unchangeable past and the questionable future, a present tense held together by shaky promises and doctors' orders. Mary Cartmill awaits a letter from her husband that may never arrive. Ida, Mary's teenage daughter, longs to forget her illness, fall in love, and be swept away by the passions of a normal life. Mary's elder daughter, Emma, has lived much of her life in service to tuberculosis, as caretaker first to her mother and then to her younger sister. Now, at age 34, she has contracted the disease herself. Smart, articulate, and gravely disappointed with the hand she has been dealt, Emma has grown bitter and old before her time. Mrs. Palmer is an eight-year veteran of "The San," so at home within its confines that she has lost all interest in ever returning to her husband and children. Mr. Caleb, another long-term tubercular, has lost the use of his limbs and has been deemed so sexless that the medical staff allows him to live in the women's section of the sanatorium. Into this hothouse environment comes Lillian Corelli, 40, a woman who has always depended on her sexuality as a means to fulfill her financial and emotional needs. She has been deposited at Rock Shore by a former lover and now faces her disease and her advancing age alone. Lillian's arrival—and the very public perception of both her sexual freedom and her failing health—arouse a passion for life in Emma that has long been held in check by rules and regulations. As Emma increasingly admires Lillian and the life she has led, Emma discovers the surprising key to her own future. 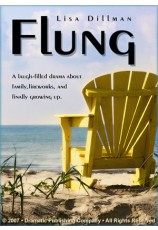 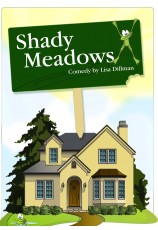