The last thing 17-year-old Amy wants to do on a Thursday afternoon is babysit Adam, a bratty 8-year-old boy (may also be a girl) who has forsaken his homework to torment his babysitter. When Amy gets a phone call from her friend, Rachel, Adam decides to eavesdrop on their conversation. As Amy's complaints to Rachel about school, friendships and boys steadily escalate in more and more dramatic, over-the-top language, so does Adam's anxiety, as he completely misinterprets Amy's rants, taking her exaggerations literally. When the phone call comes to an end, Amy exits the room and leaves her cell phone behind. Assuming the very worst, Adam decides to call her friends because "Amy's friends are grown-ups; they'll know what to do." In the course of the afternoon, Adam sparks a comedic avalanche of misinformation as he warns the jocks, the thespians and the academics that Amy is in real trouble. The jocks, led by Waylon (the captain of the baseball team) and Katie (the captain of the field hockey team), are in the midst of some drama of their own, as are the theater kids and the academics. Nonetheless, each group immediately drops everything and responds to Adam's call for what we know to be a needless intervention. That evening, Adam lures Amy out of the house to see the new Johnny Depp movie, and Amy's friends begin to filter in. Before long, rumors inflate and accusations fly as each social group accuses the other of driving Amy to the edge. Ultimately, they learn to work together for Amy's sake, and when Amy comes home they surprise her with an abundance of love and support. They inform a totally confused Amy of Adam's hysterical phone calls, and she immediately reassures her friends that she's perfectly fine. Turning to Adam, she apologizes for her poor choice of words. All ends well in this hilarious musical comedy—until there is an unexpected knock at the door … Winner of the 2007 Moss Hart Memorial Award.
Read an Excerpt 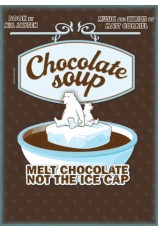 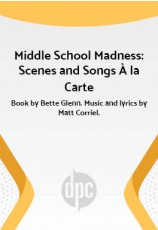 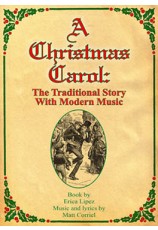 A Christmas Carol: The Traditional Story With Modern Music