Lewie Froah, a one-time handyman in a town hit hard by the economic downturn, rambles drunkenly through the town's abandoned buildings, dwelling on the death of his sister, Grace. Unable to come to terms with the murder and haunted by the unsolved crime, Lewie imagines Grace to be with him as they discuss how she was murdered during a robbery attempt at a local grocery. For five years he has continued his relationship with Grace's former husband, Doug, and his new wife, Lisa, but they are preparing to leave town. Lewie finds himself at Bill Doane's bar where he meets Dennis, an out-of-towner in a similar emotional tight spot. Feeling the loss, of his sister, his former brother-in-law, and the town itself, Lewie continues drinking and hallucinating discussions with Grace until he is confronted by Dennis, who tells him he knows who killed his sister—that he heard the men confess to the killing while he was in prison. This information drives Lewie into a tailspin. Yet by being forced to come to terms with the true senselessness of Grace's death, Lewie begins to take the first real step toward healing. Commissioned by Steppenwolf Theatre Company.

"Neveu ponders the dilemmas of the living with tenderness and admirable simplicity." -LA Times

"A startlingly relevant play. Lewie is one of those dramatic characters one always remembers." -CurtainUp, Los Angeles 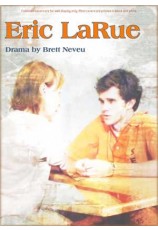 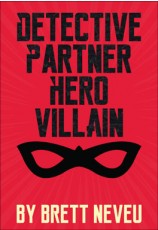 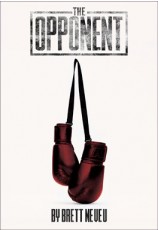