Our office will be closing at 3:00 pm CST on Friday, May 27 and will be closed Monday, May 30 in observance of Memorial Day. We will reopen on Tuesday, May 31 at 8:30 am. See our updated To Kill A Mockingbird announcement. | Ship times are not guaranteed. Learn More.

A Thousand Cranes presents the true and poignant story of Sadako Saski, who was 2 years old when the atomic bomb was dropped on the small city of Hiroshima, where she lived. Sadako, now 12 years old, is an excellent athlete who races daily with her friend Kenji to prepare for an important competition. However, one day while running, Sadako gets dizzy and falls. She is hospitalized, and it is discovered that she has "radiation sickness," or leukemia—an effect of the bombing that happened 10 years before, during which her grandmother was killed. Kenji arrives at the hospital, "I've figured out a way for you to get well," he says. He reminds her of the old story about the crane. If a sick person folds a thousand origami cranes, the gods will grant her wish and make her healthy again. Sadako happily begins folding hundreds of beautiful, colorful paper cranes and calls to the spirit of her grandmother. "I have come to show you something," her grandmother says. As if in a dream, Sadako folds a giant crane which comes to life and flies them to the mountain of her ancestors. Once there, Sadako is honored to meet all the spirits of her heritage. Soon Sadako realizes she must stay with these comforting spirits. "But I haven't folded a thousand cranes yet," she protests. "It's better to leave them to others to finish," her grandmother assures her. Sadako died on October 25, 1955. Her friends and classmates folded 356 cranes to make a thousand. Sadako's friends then began to dream of building a monument to her and all the children who were killed by the atom bomb. In 1958 the statue was unveiled in Hiroshima Peace Park. Each year on August 6, the anniversary of the bombing, thousands of people bring paper cranes to adorn the statue. There is Sadako holding a golden crane in outstretched arms. Her wish is engraved on the base of the statue: "This is our cry, this is our prayer, peace in the world."

"This is a wonderful show to use for competition ... I truly appreciate its style and deeper meaning. "
Review by Jane Sansom Brown, Comfort Middle School, Comfort, Texas
"This is my second time to direct A Thousand Cranes. With my limited budget, I have found that less is more. The beauty of this play is in the silence; from the mimed folding of the cranes to Sadako resisting taking the parasol. I love this play with my whole heart and it will always hold a special place in my heart.
"
Review by Laila Miller, Arkansas High School, Texarkana, Ark.
"It is a wonderful script that gives the actors and director complete artistic choice. There were very few dry eyes in the house at the end of this performance."
Review by Stephanie Brotherton, Marion C. Early High School, Morrisville, MO
"A Thousand Cranes is a story about a victim of Hiroshima. It is a timely story since it deals with the aftermath of war. And although written by a Westerner shows much sensitivity for the Japanese culture."
Review by Paulette Brockington, Sterling Heights High School, Sterling Heights, MI
"A Thousand Cranes was a wonderful vehicle for studying and performing in a theme of Japanese culture and theatre."
Review by Tim Brown, Beaufort High School, Beaufort, S.C.
"Excellent play. Wonderful material for exploring the end of WWII and a part of history that today's young people do not understand."
Review by Sharon Burum, Duncan Middle School, Duncan, Okla.
"Students enjoyed participating in this production, because it gave them the opportunity to learn about other cultures. Students included in the play giant origami cranes, Japanese inspired dances and costumes."
Review by Rosio Lockhart, Ysleta High School, El Paso, Texas

"... My entire school embraced the folding of the origami cranes ... Make sure to buy 6" origami folding paper."
Tip by Jane Sansom Brown, Comfort Middle School, Comfort, Texas
"It is very stylistic and takes great attention to style and detail."
Tip by Tim Brown, Beaufort High School, Beaufort, S.C.
"Simple staging is also effective. We used a drop made of fishing line to which hundreds of colored paper cranes were attached."
Tip by Sharon Burum, Duncan Middle School, Duncan, Okla.
"Include dances in the production, that will bring a spark to the story."
Tip by Rosio Lockhart, Ysleta High School, El Paso, Texas 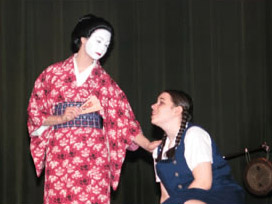 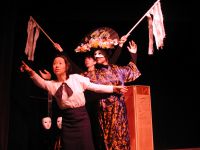 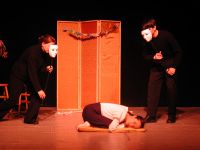 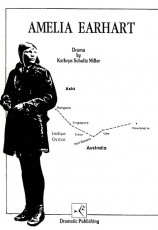 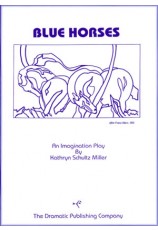 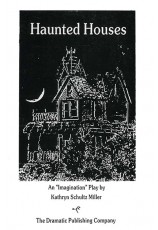 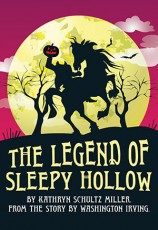 The Legend of Sleepy Hollow (Miller) 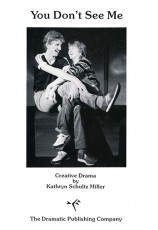 You Don't See Me 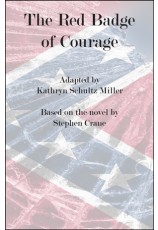 The Red Badge of Courage 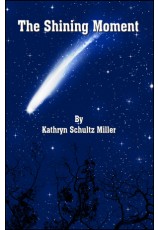 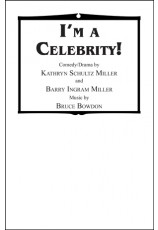 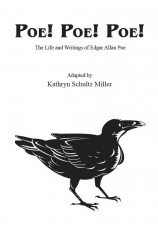